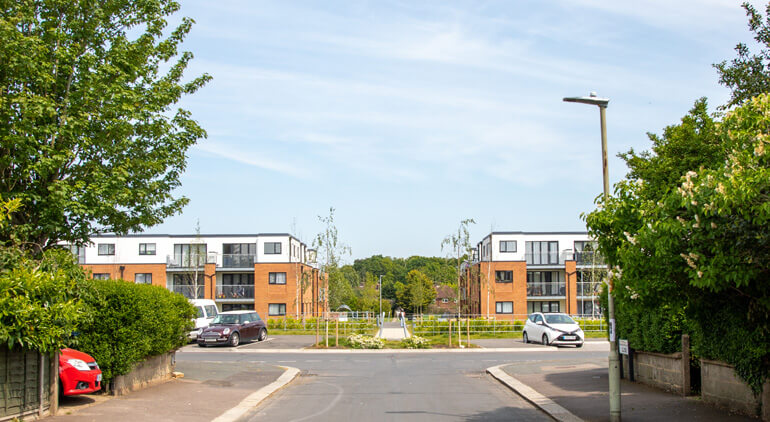 The Hertfordshire Building Futures Conference concluded with an awards dinner where Black received the commendation for their work on the Watford housing project.

The award recognises the holistic thinking which closed off a secondary road and instigated a land swap with the council, to deliver a scheme which transformed an area, created safe routes and improved connections. The resultant building increased the number of affordable homes on the site by 320%, replacing 10 single bedroom bungalows with 32 one and two bedroom homes, and created a new entrance to a park, overlooked by habitable rooms.

The judges said “The building has been developed within a tight budget and is an example of what can be delivered by collaborative teams who look beyond site boundaries to deliver wider benefits.”

For more on this project
← See more news