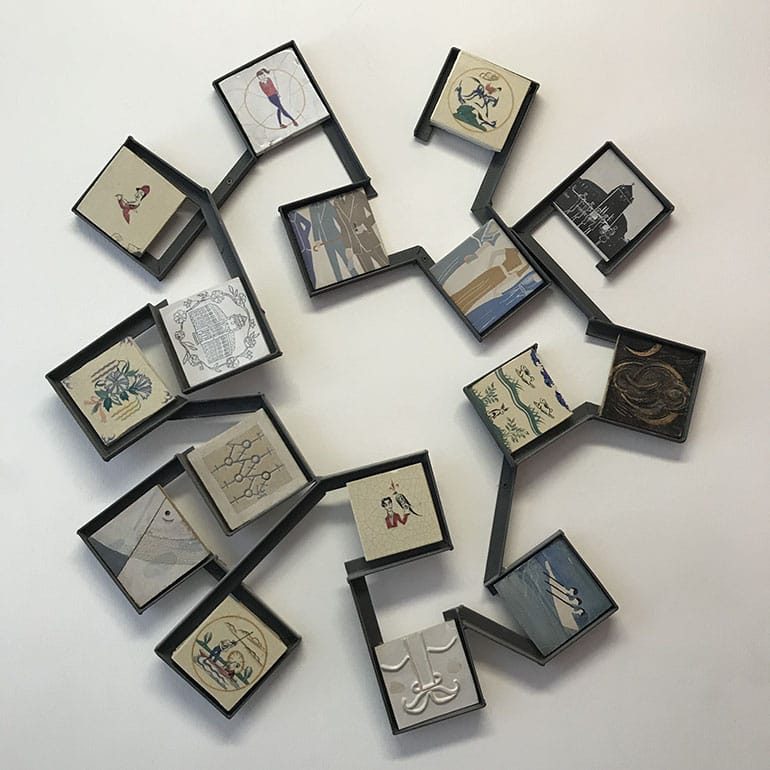 A return visit to the Kingston Guild Hall Registry Office project completed by Black in 2017 recalls a link to Morley College through a set of toilet tiles found on site.

During remodelling works on the former Magistrates Court in the Guild Hall basement, decorative wall tiles were discovered in the public toilets that had been designed by Edward Bawden, a prominent British artist and collaborator at Morley College. Black Architecture brought the college and local authority together to enable the tiles to be saved, with the two clients instigating the design and commissioning of artworks that would incorporate the ceramics. Students at Morley created new tiles relating to the title of Ladies and Gentlemen, with themes exploring gender and the historic criminalisation of homosexuality, legislation that would have been tested in the courtrooms that are now converted to civil wedding spaces.

Artworks are on display to the public at both Morley College and Kingston Guildhall. Edward Bawden’s refectory murals can also be visited at Morley college in Lambeth.