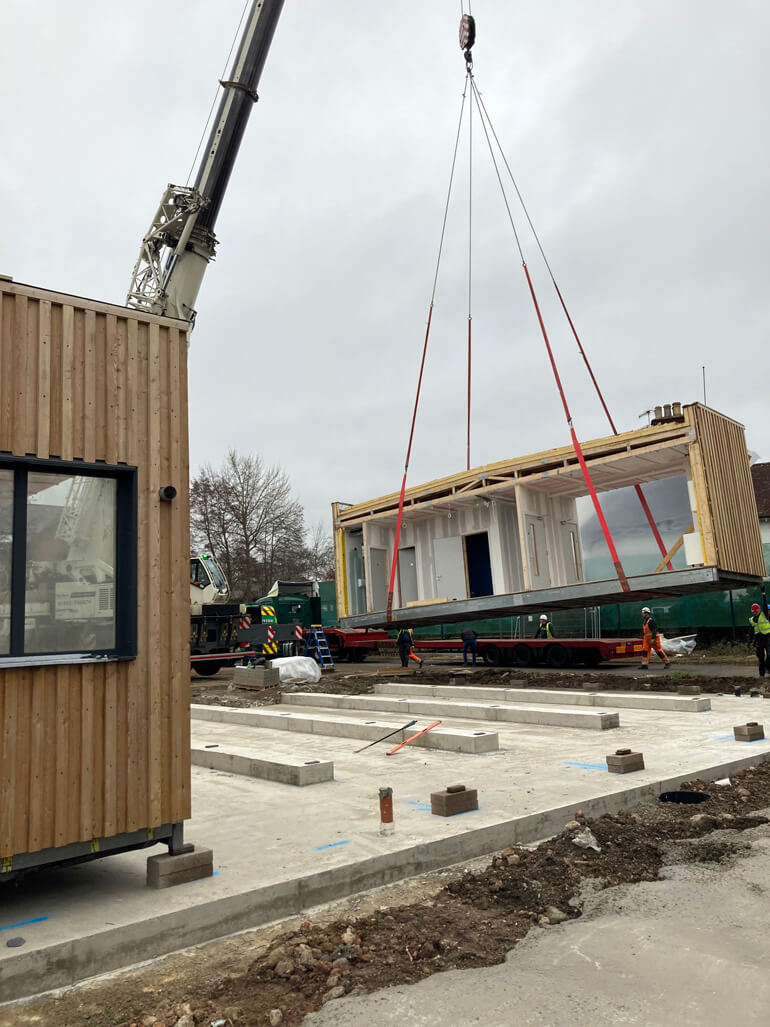 The new support office for staff at the Batchworth Refuse Depot has been delivered to site by Western Building Systems, forming part of a major phased reorganisation of uses.

The building is formed from 6 equal sections, lowered onto concrete piles driven into the poor quality ground of the former car parking area. Each element is pre-finished with untreated Siberian larch board and batten cladding, stitched together at each joint with a final board. Staff will decant from the existing building which has reached the end of its life before it is broken down and recycled. The site will then be resurfaced ready for a fleet of refuse vehicles, including new electric dustcarts.

As part of the works a habitat enhancement programme is being undertaken around the perimeter of the brownfield site, reconnecting the land with the River Colne bank and creating space for species to become restablished.