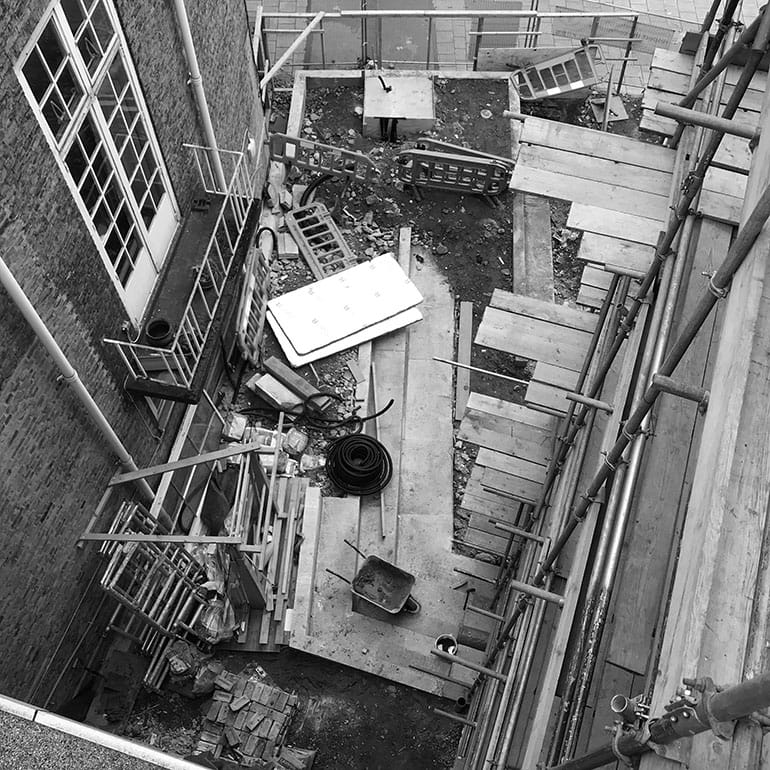 After a period of delay due to the main contractor going into administration, Morley College construction works have recommenced with ITC taking over the external works elements of phase 1.

A new ramped entrance is now beginning to emerge on site as part of the Morley College renaissance masterplan that Black gained consent for in 2016. Funding has been a long time coming, but with the support of the Mayor of London through the Leap programme phase 2 is also progressing to site. This second phase allows the Morley Gallery to be extended into the basement and refurbished, with a new prominent front doorway already formed on the main road.

Phase 3 fundraising is underway to refurbish the concert hall and open up new spaces to the rear of the campus.

For more on this project
← See more news