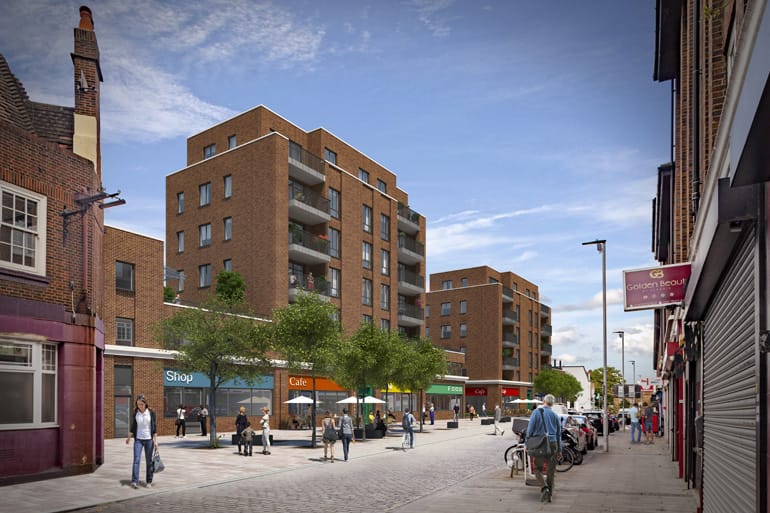 The council unanimously supported Black Architecture’s proposals to replace low grade, low density retail space with a new high density development that integrates itself into the established community. Unlike other schemes in Nine Elms the design references the local building stock and activates the street with shops, cafes and a nursery. Detailed negotiations with planners and TfL to build directly over the Northern Line Extension secured consent, in contrast to a previous low-density application.

A fictional laundrette has been lost, but a new enhanced urban enclave created that responds sensitively to its neighbours.